The Heritage Museum and Cultural Center

Newspaper publisher Leonard J. Merchant and his wife Carrie built this Queen Anne style house in 1885. Notable architectural details include fishscale shingles in the gables and an ornate front entrance.

Merchant, a Civil War veteran from Connecticut, founded the Benton Harbor Palladium and St. Joseph Traveler-Herald newspapers which continue in publication as the Herald-Palladium.

The home was a single-family dwelling until physician Carl O. Sonnemann used the first floor of the house as a doctor’s office from 1938 to 1963. The structure was then converted to four apartments and served as a rental house for many years.

The Rommel Family began to restore the home, returning it to a single-family dwelling in 2004. Brooks Architecture provided the structural analysis and assured the foundation was strong.

Upon purchase, the Rommel Family jumped into demolition and quickly filled a total of seven large dumpsters. The house was taken back to the studs and insulation was added in place of the newspaper and other artifacts found in the walls. The then existing garage featured a flat roof and as a result needed to be torn down due to structural instability.  Michelle Rumsa played a critical role in helping reroute the home and provide a new layout.

In the end, there are four new bedrooms, 3 ½ bathrooms, a large entry with built-in lockers, library, living room, dining room, playroom, and kitchen constructed to accommodate a single family once again.

Becky Rommel added, “No matter the amount of 2 x 4’s, tile, or drywall it didn’t feel complete until the arrival of our four children. We are proud to raise our family at 1208 Main where they all attended St. Joseph Public schools and where we have moved past ‘fixer-upper’.” 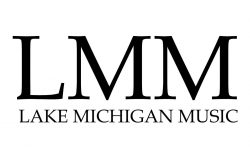 And from our generous members and visitors.  Thank you!